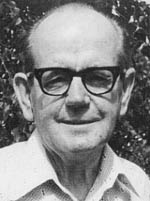 Mr. Tom Bowen  (1916 – 1982) devoted a lifetime to developing his gentle and innovative  approach, in Geelong, Australia. He was born in Brunswick and had no formal  medical training. He commenced by practising massage for local clubs until his  practice grew so large; he was forced to “do something about it”.
Mr. Bowen’s technique evolved throughout his years of practice. In the  interview for the Webb Report of 1975, an Australian Government survey on  natural therapies, this revealed him to be treating some 13000 patients per  year...

His approach was a simple energy correction procedure to instigate a change in  the balance of the body, bringing the body’s innate healing abilities back to  action. With time he evolved his technique from his work he did in the sixties  and early seventies to that in the early eighties, just prior to his death. He  taught his technique, through the various stages, to approximately six people.
This  technique is being taught in the UK, USA, Canada, New Zealand, Europe and  Australia.